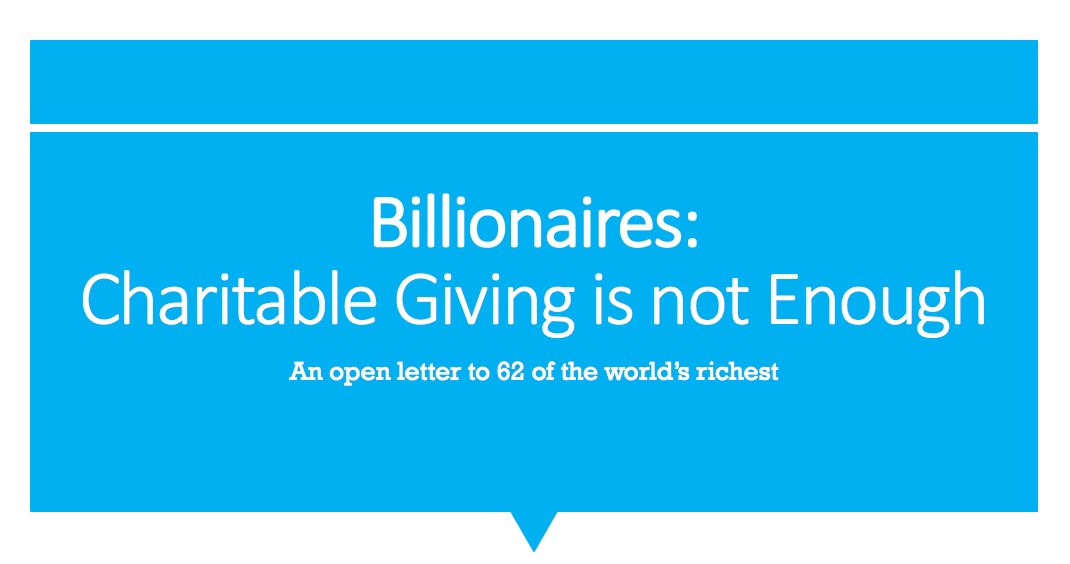 Despite Warren Buffet’s massive donation of over $3 billion to charity, he’s still the fourth richest man in the world. He trails Bill Gates (whose foundation received two-thirds of the Buffet donation), Jeff Bezos and the Ortega family in Spain.

There is no doubt that this money will help many. The Gates Foundation funds education and helps reduce poverty globally. Yet many of these organizations are addressing the result rather than the root cause of the problem.

Human beings have, since recorded history fought over natural resources. We claim land, conquer the indigenous, harvest the resources and move on. Over time we have experimented with various types of governance, most of which have failed the weak or disadvantaged. Our resources, particularly during the industrial age were rapidly guzzled up by those with the foresight to recognize their future value and the advantages of foreign trade. Capitalism, a direct result of an expanding global economy started in the 16th century and exploded throughout the industrial revolution. As a result, our resource pool, once unique and local has become global, ubiquitous and controlled by a small group of people who hold 99% of the world’s wealth, ironically creating a need for more charity. According to Oxfam, only 53 men and 9 women control half of the entire global wealth. With wealth comes power, and with power comes choice, and responsibility.

According to a CNN report we are on the brink of the sixth mass extinction, AKA the era of biological annihilation.  People, and our indiscriminate use of our planet’s resources are the primary cause. Bill Gates and Warren Buffet recognize their role, and their opportunity in this crisis. ‘In December, Gates announced that he and a group of investors would invest more than $1 billion in Breakthrough Energy Ventures, a fund that aims to finance the development of affordable energy that will reduce global greenhouse-gas emissions.’ Though I am personally grateful for their efforts it’s not enough. And it’s not fast enough. And it’s nothing compared to the vast wealth they, and an elite few hold.

Ultimately, it’s not our governments or our corporations who determine our future. It’s people. The voice of the people, and the power of the wealthy few to recognize that our resources, and our planet are finite, and that we all have a socially and economically relative role in their preservation.

CEO Carolyn Ansley is an award-winning marketer, entrepreneur and mother who believes using business for good is good business.

This site uses Akismet to reduce spam. Learn how your comment data is processed.